Researchers at St. Michael’s Hospital are asking questions about the practice of automatically transfusing large amounts of blood and blood products to trauma patients with major bleeding.

Trauma patients were resuscitated primarily with blood until the second part of the 20th century when the practice was modified so that blood transfusions were given only after lab tests suggested they were needed. The idea of resuscitating primarily with blood was revived after U.S. military physicians in Iraq and Afghanistan reported in 2007 that this practice was associated with dramatic drops in mortality.

Hemorrhaging, coupled with poor blood clotting, remains one of the leading causes of preventable death after trauma, and blood-based resuscitation was quickly adopted in both military and civilian trauma centres Many researchers, however, questioned this practice and raised concerns about the risks of transfusing patients who may not need blood.

Researchers led by Dr. Sandro Rizoli, the new trauma director of St. Michael’s, published today in the Canadian Medical Association Journal the results of the first prospective study comparing blood-based resuscitation vs. conventional resuscitation and found higher rates of complications in the former group with no statistical difference in mortality rates.

Trauma patients, by the very nature of their injuries, bleed a lot and often receive large amounts of blood. Physicians have known since 2003 that one-quarter of trauma patients do not clot well, which worsens their blood loss and increases their already high risk of dying at least three times. Until then, the conventional practice to resuscitate trauma patients was to give them saline or water intravenously and give blood transfusions only when a blood test diagnosed a coagulation defect. U.S. military physicians postulated in 2007 that it made more sense to give blood preemptively to everyone rather than wait to see whether the patient was the one in four with poor clotting and was at risk of dying while waiting for the test results. Since blood banks no longer store whole blood, patients are given equal parts of red blood cells, plasma and platelets, a formula known as 1:1:1.

The full article is located at Science Codex 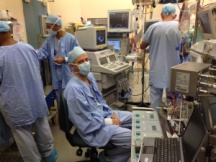 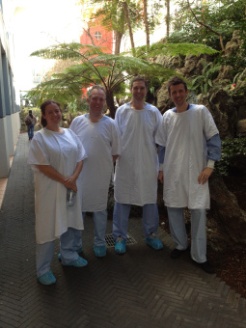